Branded as “The first youth in agribusiness web TV in Africa”, Agribusiness TV has the following features which makes it unique in its kind.

First web TV on youth in agribusiness in Africa

Given the importance of the issue of bringing youth back to agriculture, the web TV is focused on bringing stories on youth in agriculture into the limelight, making it the first web TV dedicated to youth and agribusiness in Africa. Each video highlights the story of a young entrepreneur who is engaged in any segment of the agricultural value-chain (crop or livestock production, processing, value-addition, marketing, ICT, services etc.). All content is available in English and French, which are the main languages in most African countries.

Keeping in mind that the primary target of Agribusiness TV is African youth who are connected to the Internet, Agribusiness TV has been conceived for mobile phones. The web TV can be accessed on mobile phones and tablets by downloading its mobile application, available (for free) on App Store and Google Play.

In addition, since young people have a strong presence on social networks, Agribusiness TV also has a Facebook page, Twitter account, LinkedIn page and Instagram, whereby the videos produced are disseminated. The statistics from Facebook for example indicate that over 80% of the fans access the content of Agribusiness TV via mobile phones, which validates the idea that youth in Africa have access to the Internet mainly through their mobile phones.

When Agribusiness TV was being conceived, its editorial line was developed by a team of professional journalists and media experts, and it was decided that in order to keep the originality of the context, the story of the young entrepreneur being featured will be told by himself/herself, without the voice or intervention of the journalist. In addition to that, videos on Agribusiness TV are produced by professional journalists in high definition, and mounted by a professional editor to ensure quality of the content.

When Agribusiness TV was started, Facebook was one of the major channels to target a youth audience for the videos and it was planned that in the first year of the project, the web TV should have at least 5,000 fans. The results however, were unexpected. A year after the project launch, the Facebook page of Agribusiness TV had over 138,000 fans, showing the interest that people have in the web TV. In addition to that, the mobile applications have had over 5,200 downloads and in May 2017, the videos published had over 2.5 million views. 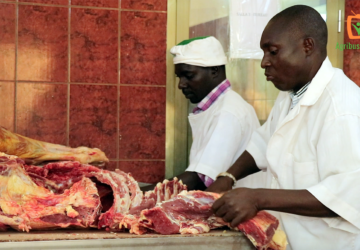 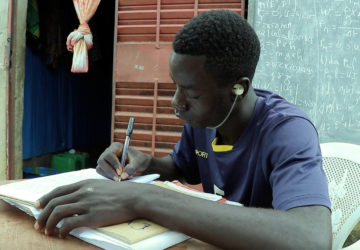 Healthy ears and communication for all